The speaker is Andrew George from Constellation Wines. 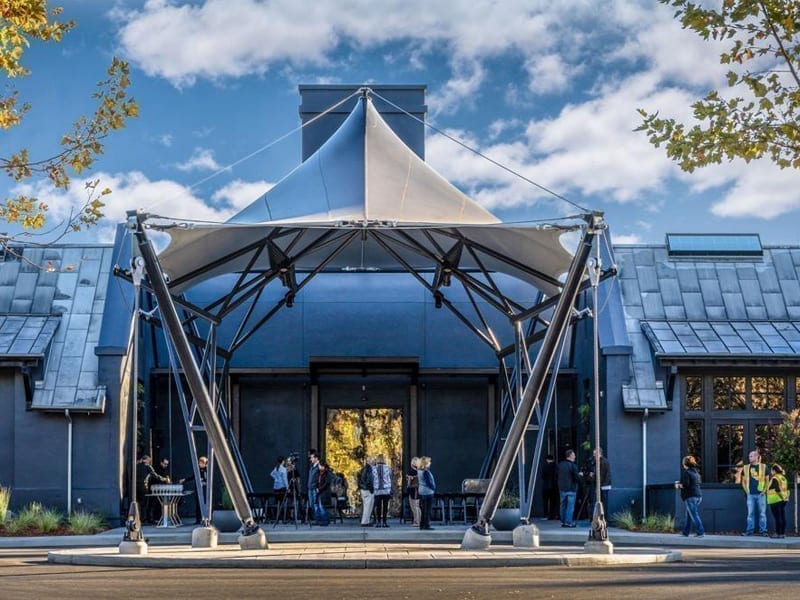 The Prisoner Wine Company is named after the flagship wine that founding winemaker Dave Phinney originally produced with his inaugural release from 2000, a mere 385 cases. Dave ultimately sold The Prisoner to Huneeus Vintners (owners of Rutherford based Quintessa Winery) in 2010 at which point the brand was producing around 85,000 cases of wine each year. Huneeus Vintners grew the brand to some 170,000 cases before selling it in 2016 to the current owner, Constellation Brands (parent company of Robert Mondavi Winery along with 50% ownership of Opus One).

In a remarkable feel-good story of what comes around goes around, Dave Phinney began his wine career at Robert Mondavi Winery as a temporary harvest intern in 1997 working several hours every day during the graveyard shift in the winery doing punch-downs and pump overs. With Mondavi’s encouragement, in 1997 Dave made a barrel of wine from second crop grapes and the next year produced his first vintage of a label he ultimately became well known for, Orin Swift. He wasn’t satisfied with the quality of the wine, so Dave sold that vintage on the bulk market (Orin Swift is now owned by E & J Gallo Winery). Little did either Mondavi or Phinney know that eventually both would again be linked based on Phinney’s remarkable success with The Prisoner wines.

Looking for a home for The Prisoner Wine Co after recognizing a need to showcase the portfolio, Constellation Brands closed Franciscan Winery in October 2018 and spent the next year completely renovating and remodeling both the exterior and interior space. The hospitality center opened to the public in early November 2018 on site of the former Franciscan Winery in Rutherford.

I would like to make a reservation for this event: