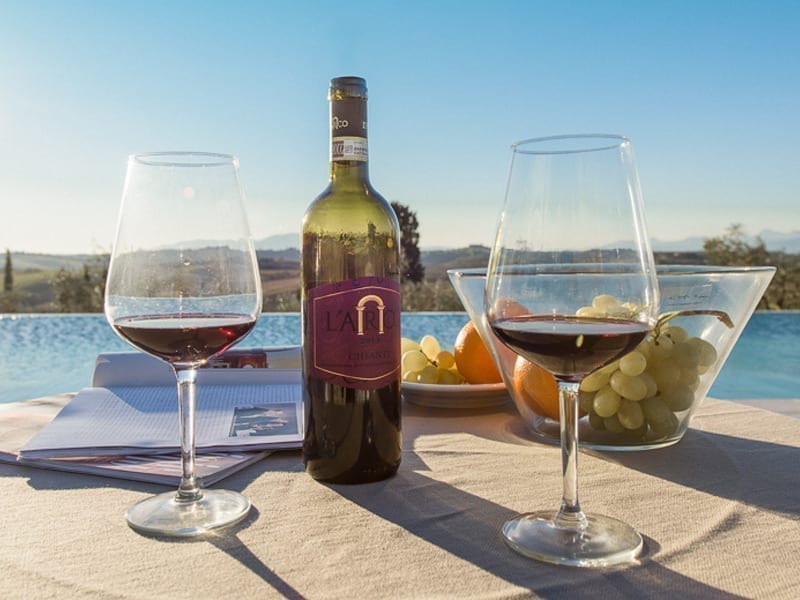 The Estate takes its name from a stone arch, called “Arco di Giove”, well in sight on the road to Negrar (one of the seven historic Valpolicella counties) and near the farmhouse where the Fedrigo family resided until a few years ago.  The arch, dating from 1500/1600, was one of a series of seven arches along the hillside path near S. Vito di Negrar.

It is a name that awakens memories of the past for Luca Fedrigo, which he has wanted to pass into the wines produced by him; Luca, has worked for many years in a prestigious Valpolicella’s cellar, which must his experience and gratitude, it proposes like a young establishment but with an ancient hearth, dynamic and well-based, able to offer a product that is unique for its origins and which retains all the traditions tied to Valpolicella.

Not many 17-year-olds would have the foresight to seize a career building opportunity to work side-by-side with a master craftsman. For wine drinkers with a passion for wines of the Veneto, it is fortunate that winemaker Luca Fedrigo possessed that vision.

L’Arco is the result of that life-changing decision.

To fully appreciate Luca’s story, you must first get to know legendary Amarone maker Giuseppe Quintarelli, who offered Luca an apprenticeship that ultimately evolved into more of a father and son relationship.

For Luca, a fiery and passionate Ducati racer and madly in love with Quintarelli’s grand-daughter, the position meant Luca must learn patience, passion for the wine and embrace what some would consider Quintarelli’s eccentric style of winemaking. True to Shakespeare’s “Romeo and Juliet,” Luca was raised very differently than the agrarian lifestyle of the Quintarelli clan. As Luca began helping in the family vegetable garden, trust began to develop between the two men. Quintarelli was seeking a successor true to his personal winemaking philosophy. Quintarelli saw Luca as pure, a blank slate upon which to etch his knowledge.

For more than a decade, the two men worked alongside one another in the vineyards and the cellar where Quintarelli passed on his vast knowledge of winemaking techniques, emphasized the importance of the region’s traditional techniques, and taught Luca respect for Valpolicella zone’s indigenous varietals. Long days often turned even longer when Quintarelli would direct Luca to stay late nights in the cellar, “to be with the wine.”

Luca, at age 20, founded L’Arco in 1998 on 17 acres that are just a short walk from the renowned Quintarelli estate. The vineyard rests in the most traditional of the seven Valpolicella zones, Negrar, which has roots as deep as pre-historic times. Today, it is known as a rich agricultural commune 68 miles west of Venice. L’Arco, literally “the arch,” is in tribute to a 16th-Century stone arch known as “Arco di Giove,” visible from the Fedrigo farmhouse.

WINERY of the MONTH