Masi Agricola is named after the valley and town in the southwest corner of the Veneto Region. The Boscaini family has owned and operated this winery since the late 1700’s. Here they started to master the ancient art of Appasimento, or the process of air-drying grapes to make Amarone. 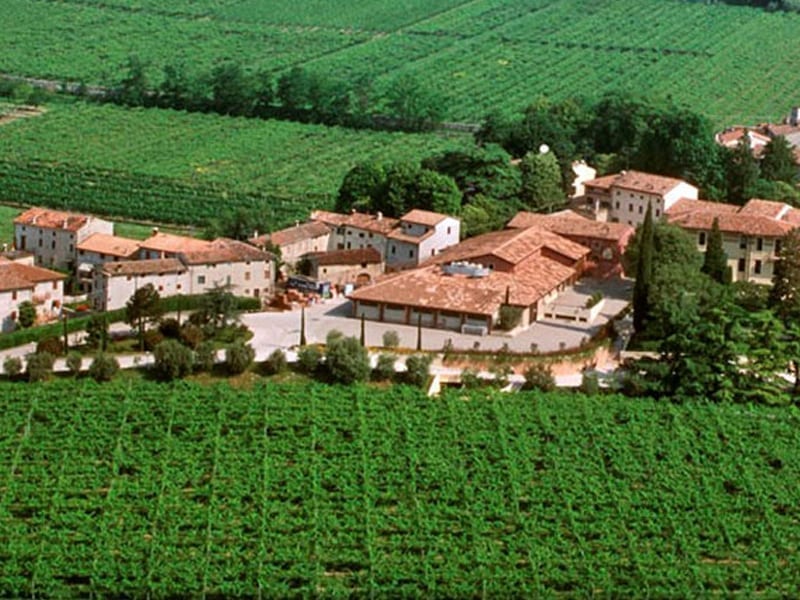 Today the Boscaini family has continued to use the traditional grapes of the Veneto to make the traditional wine of the area as well as bringing in some of the better known international varieties to make some wonderful blends. They also have continued to perfect the Apassimento process for the production of their Amarone wines.

The Appassimento process has been used and written about since Roman times. The romans used this process to make a sweet wine that was famous at the time. The grapes are picked at the end of the season and then placed in specialized racks and rooms that increase air flow and prevent rot. Here the drying grapes lose moisture which concentrates flavors and sugars. This process results in two different wines: Recioto della Valpolicella which is a sweet red desert wine, and Amarone della Valpolicella which is the dry version and is famous as being one of the best red wines in the world. This is not all of the wines that these dried grapes produce. The left over skins and pulp is then added into the tanks with the base valpolicella wines and refermented. This adds some more flavor and depth of character to produce the wine Valpolicella Ripasso.

Here is an interesting white wine made from Pinot Grigio and Verduzzo. If you have never heard of Verduzzo, don’t worry no one has, it is only seen in a couple of small areas in northwest Italy. The Pinot Grigio is fermented in stainless steel with a portion going through Malolactic. The Verduzzo is air dried for 3 weeks before fermentation in stainless and malolactic in Barrique. Fresh rich peach and apricot jam flavors with a nice acidic backbone and a medium body.

This is a classic valpolicella. A body on the lighter side of medium with loads of sweet cherry and raspberry flavors and an undercurrent of cinnamon and vanilla. The wine uses Corvina, Rondinella, and Molinara with only a portion of the Corvina seeing new oak.

Here again we see Corvina, Rondinella, and Molinara, with a slight twist. Seventy Five percent of the grapes are fermented normally, after this initial fermentation the remaining grapes, which have been air drying for 6 weeks, are added into the tank and refermented. After this second fermentation and malolactic fermentation are complete the wine is then aged in oak. This extended process gives the wine a heavier bodied and more depth of flavor. You will taste both sweet red and morello cherry alongside plum and a light raisin note. There are also some baking spice and vanilla flavors as well.

Here we see the full appasimento process. The grapes used are the standard Corvina, Rondinella, and Molinara with a small amount of Alighieri. The grapes are air-dried until they have lost 35-40% of their weight. Fermentation is long and slow taking place over 48 days in cold temperatures. After fermentation and malolactic the wine is aged three and a half years in oak and at least five months in bottle. This is a textbook Amarone with a big heavy body and velvety tannins. Baked cherry and plum fruit flavors are mixed with sweet vanilla, cinnamon, and chocolate. There are some cherry pipe tobacco and floral aromas that are well integrated.