What is the fastest growing segment of the wine industry, sweet red blends, think of all those desert titled labels and a real popular brand that begins with an A. What is the second fastest growing wine segment, premium dry rose wine. 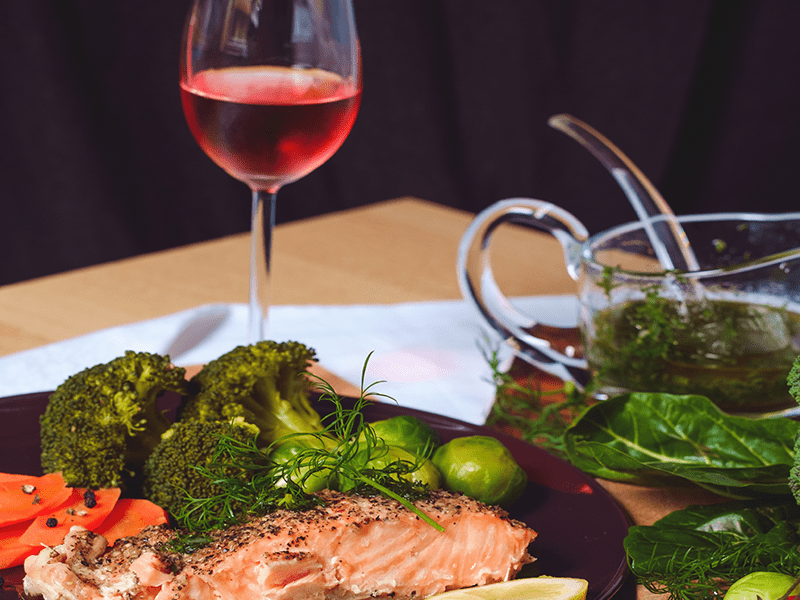 Rose wine consumption in the U.S.  has been increasing for the past decade.  The U.S. and France now consume about half of the 594.4 million gallons produced annually.  The U.S. is now the third biggest producer of rose and that doesn’t include white zinfandel.   Where once rose was primarily from the south of France now we see rose from all over the world.  A lot of this has to do with the multitude of styles that are produced around the world.  You can get a big bold Kekfrankos from Hungary, or a dark hearty Grenache based rose from Spain, a fruit forward Malbec from Argentina, a delicate Pinot Noir from the U.S., the traditional light style from Provence and the list goes on.

Rose was originally thought of as a light refreshing wine for the summer.  That perception has changed.  People are starting to see the versatility of Rose.  The fact that it pairs well with salads, fish, light meats, cheese and a multitude of other dishes has made rose wine consumption travel from summer into the other seasons as well.  Where rose was once the domain of women you are now seeing men drink it with several brands actually targeting male drinkers.  We will be featuring several different versions all month so drop by and try a couple.

This wine comes to us from north west Tuscany just a few miles from Lucca.  The estate dates back several hundred years to the Counts of Sardi who ruled the area at the time.  Today the property is farmed to the European specifications of organic agriculture.  The wine is a blend of Sangiovese, Merlot, and Ciliegiolo.  Light bodied with good acidity and flavors of raspberry and melon.
Regularly $19.99   Sale $14.99

The Sauska winery may be the most modern in Hungary.  It was started by Krisztian Sauska a Hungarian returning from a life in California.  The winery makes some of the most sought after wines from Hungary.  The rose is made from Kekfrankos, Cabernet Franc, Cabernet Sauvignon and a smattering of others.  A slightly bigger and more powerful rose with some floral notes to go along with bright red berry fruits.
Regularly $18.99  Sale $14.99

This wine comes from extreme Sonoma Coast.  The vineyards are all around 1500 feet above sea level.  The breezes, fog and elevation help to cool the vineyards in the summer allowing for a longer growing season and preserving acidity during the growing season.  The wine displays red cherry and raspberry fruits with a hint of rube red grapefruit and precise acidity.
Regularly $38.99  Sale $29.99

If you have never heard of the Txakoli wine region you are not alone.  It comes from the North Atlantic coast of Spain close to France.  The grapes you have probably never heard of either, Ondarrabi Zuri 50% and Ondarrabi Beltza 50%.  White flowers and strawberries abound with some light citrus flavors as well.  Don’t be afraid of the unknown give this one a try.
Regularly $23.99   Sale $17.99