For the month of March we travel to the Eastern Shore of Lake Garda and the town of Bardolino. Here, just outside of the town Affi, we find Matilde Poggi and Le Fraghe Winery. Prior to Poggi taking over in 1962 all the fruit from the property was sold to other wineries.  Today she keeps all of her own fruit and makes her own wines.  There are 28 hectares of organically farmed vineyards which are planted mainly with Corvina, the dominant red in the area as well as for the neighboring Valpolicella. 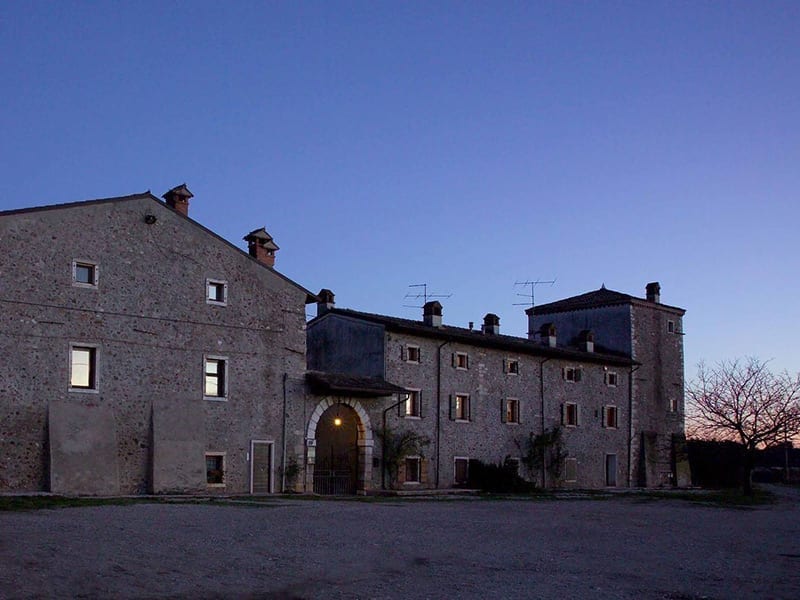 The DOC Bardolino was awarded in 1968.  Bardolino is generally an uncomplicated light red if the actual blend of the wine is slightly complicated.  Corvina is the main grape and makes up somewhere between 35-65%, the second grape is Rondinella with 10-40% of the blend, and the rest is a hodge podge of grapes including Molinara, Sangiovese, Marzemino, Merlot, Cabernet Sauvignon, and Corvinone which is allowed to take up to 10% of the allowed room for Corvina.  Bardolino Superior is a bit more complex and a slightly heavier wine wine which has the same rules and grapes as the normal but has to age 12 months in the cellar before it can be released.  You will also see a rose version called Bardolino Chiaretto.  There are also some sparkling versions but they get homesick easily and don’t leave Italy very often.

Most people have heard of Soave but not the dominant grape, Garganega.  Here is a neat example that shows off the white flowers, peach and yellow skinned apples.  Medium bodied and with medium acidity it pairs well with cheese and dried meats, seafood, and white meats.
Regularly  $16.99   Sale  $13.99

Corvina and Rondinella combine to bring us a perfect introduction to Bardolino.  A great accompaniment to lighter meats, spicy salami’s, and young cheeses.  A soft light body and flavors of cherries and blueberries with some light cinnamon or baking spices make this a great spring red.
Regularly  $16.99  Sale  $13.99

Chelidon is made entirely from Rondinella grapes.  Bright red fruits with herbal and spicy pepper notes.  Its heavier body makes it good with varying beef and game dishes as well as pasta.  This is an unusual wine as I have never come across a 100% Rondinella wine before.
Regularly  $18.99    Sale  $14.99