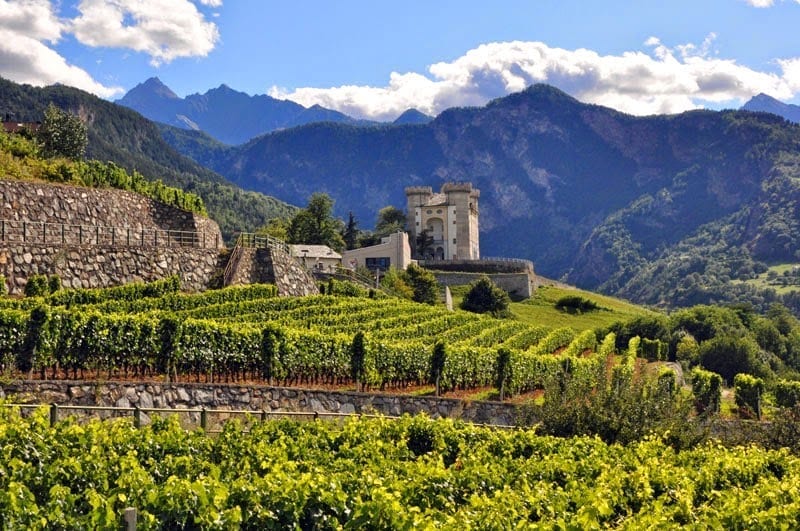 Valle d’Aosta is the least populated region of Italy with only about 130,000 people living there. It was founded around 25 BCE when the Romans conquered the Salassi. The mountain passes were very important to the Romans and they built many roads and bridges through the mountains. When Rome fell, Aosta became part of the Burgundian and Frankish kingdoms. It changed rulers and allegiances several times until early 1100 when the house of Savoy took over.

Around 1200, they were granted some small form of self-Governance. In the mid 1700’s, there was a lot of turmoil in the area. During this period the House of Savoy capitol moved and Aosta was cut off from most of the Economic forces of the day. This drove the region to become predominantly agrarian and poverty stricken. Then Napoleon came and Aosta aligned more with France and prosperity returned, briefly. When Napoleon lost at Waterloo, Aosta then went back under the House of Savoy.

It basically stayed this way until the Unification of Italy. Between late 1800’s and early 1900’s, a quarter of the population immigrated to France. It flourished during WW1 because of the iron and steel industries and the use of Hydro-electric power. After WW2 it almost became part of France, then its own state and finally stayed with Italy. Talk about a confusing history.

There is one DOC for wines from Aosta. It follows the valley from Donnas to Morgex. Within this DOC there are several Subzones. Each subzone has its own allowed grape varieties.

If not from a subzone the wines can be labelled varietally with at least 85% of the stated varietal. Otherwise it can be a blend of any of the over 30 allowed grapes.

Petite Arvine makes medium bodied wines with good acidity and depth. Here we have citrus fruit flavors alongside apple and peach. There is also a bit of Limestone running through the wine. It goes well with fish and charcuterie and can be drunk young or will develop for 8-10 years. A really interesting wine.
Regularly $22.99 Sale $16.99

We know Pinot Nero as Pinot Noir. In Aosta, Pinot’s tend toward the lighter side with bright red berry fruit and some herbal characteristics. The wine is clean and bright with soft tannins.
Regularly $22.99 Sale $16.99

This Torrette is a blend of 90% Petit Rouge and 10% Mayolet. Torrette is basically in the center of the DOC. Dark berry fruits with some spice notes ride on top of the medium to light body and integrated tannins.
Regularly $25.99 Sale $19.99