For March, we have chosen the region that produces the most wine in all of Italy.  No, it is not Tuscany or Piedmont. It is the Veneto. This volume stems from two main commercial successes; Prosecco and Valpolicella. We will focus on Valpolicella. Valpolicella means “valley of the many cellars.” Only red wines are allowed to be produced under the name Valpolicella. The main grape is Corvina with Corvinone and Rondiella in the mix, Molinara is also used but in falling amounts. 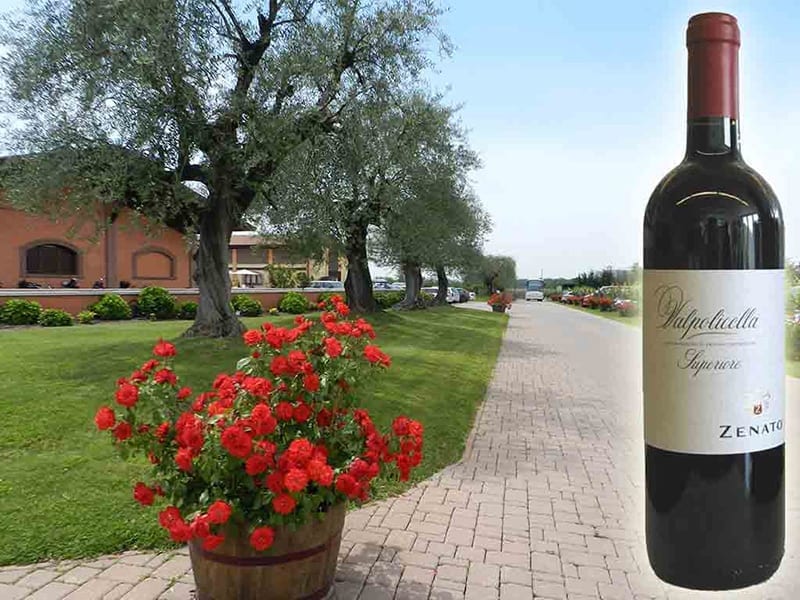 Here comes the tricky bit. All the left-over skins and pulp that remain in the tank after making the Amarone are then added back into the basic Valpolicella. After this a second fermentation takes place adding more body and complexity to the resulting wine. This method is called Ripasso. These methods are used in other areas of Italy but in much smaller quantities. Hopefully this helps, if you have any questions send them to nscott@theitalianmarket.com, or just stop by and ask us.

To demonstrate these styles, we have picked a winery that has been in the region since the 1960’s. Zenato winery was founded by Sergio and Carla Zenato in the town of San Benedetto di Lugana about 25 KM west of Verona. Today the winery is run by their children.

Lugane is a region on the south eastern corner of Lake Garda, and is in both the Veneto and Lombardy. The area is for white wines only made from Verdicchio, locally called Turbiana among many other things. Here we get a medium bodied example showing ample peach and citrus flavors with something tropical alongside. Some slight mineral and herbal notes along with a crisp acidity round out this wine.
Regularly $17.99  Sale $12.99

The word superior means that the wine has to have a slightly higher alcohol the regular Valpolicella. This normally means a slightly bigger and bolder wine. Here you will get loads of cherry and fresh berry fruit with some slight baking spice over light tannins.  Try it with antipasta or lighter proteins.
Regularly $17.99  Sale $12.99

After the Amarone has finished fermenting, the selected batches of Valpolicella undergo the ‘Ripasso Method.’ You will notice some of the same cherry and berry fruit but also some darker berries with plum and Asian spice.  A great example of what a second fermentation can do. Try it with Risotto or darker meats.
Regularly $32.99  Sale $24.99

Amarone is considerdered one of the great wines of Italy and here you will find out why. Big and rich with some of the cherry from earlier wines alongside cassis and plum with some hints of vanilla and dark chocolate. This is not a light wine so pair accordingly with osso bucco or other rich heavy dishes.
Regularly $69.99  Sale $49.99