Alrigh, t so in November we are going to revisit the region that produces the most wine in all of Italy.  No, it is not Tuscany or Piedmont.  It is the Veneto.  This volume stems from two main commercial successes; Prosecco and Valpolicella.  We will focus on Valpolicella.  Valpolicella means “valley of the many cellars.” Only red wines are allowed to be produced under the name Valpolicella.  The main grape is Corvina with Corvinone and Rondiella in the mix, Molinara is also used but in falling amounts. 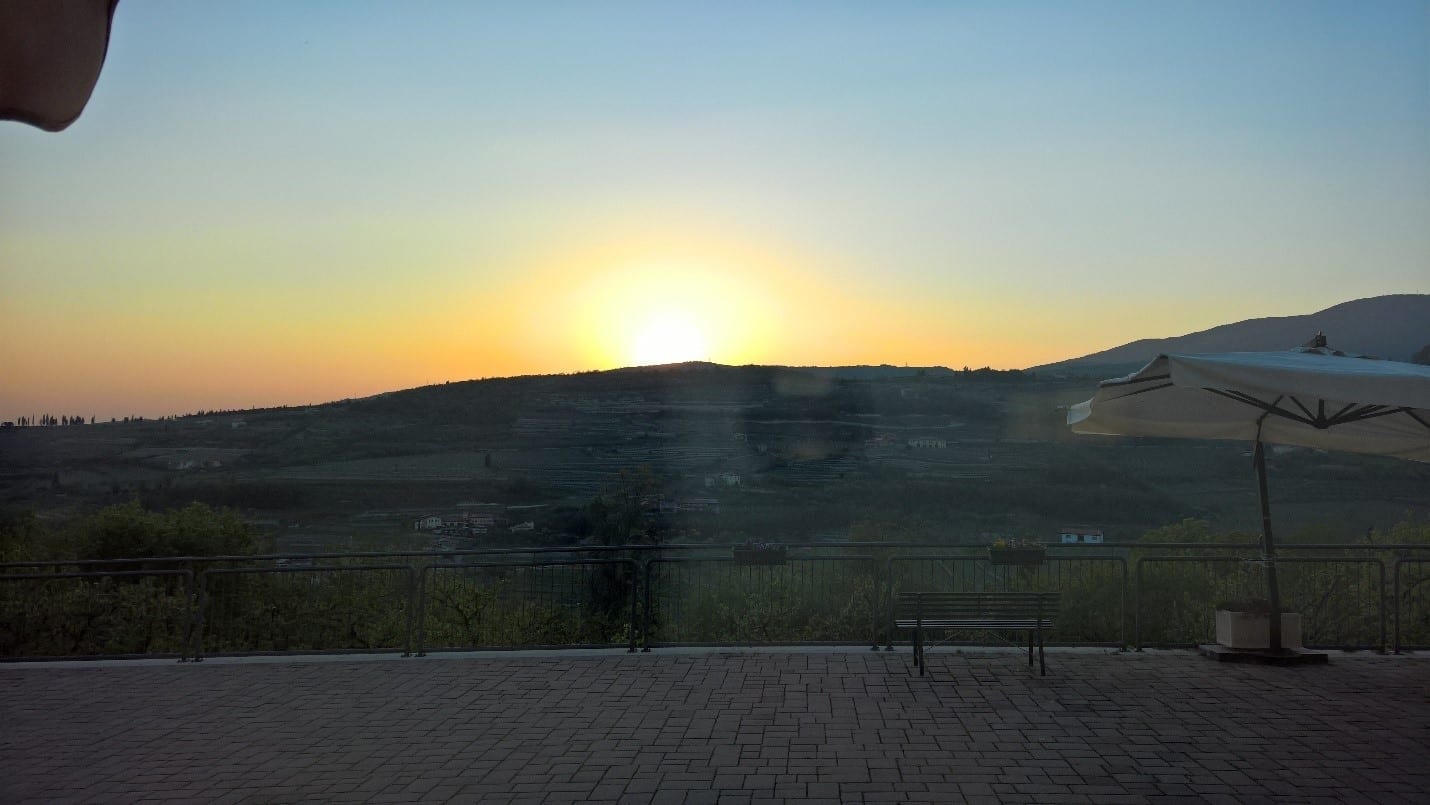 Here comes the tricky bit.  All the left-over skins and pulp that remain in the tank after making the Amarone are then added back into the basic Valpolicella.  After this a second fermentation takes place adding more body and complexity to the resulting wine.  This method is called Ripasso.  These methods are used in other areas of Italy but in much smaller quantities.  Hopefully this helps, if you have any questions send them to nscott@theitalianmarket.com, or just stop by and ask us.

The Gamba family has been farming and making wine in the Veneto for several Generations.  They have 6 Hectares of vineyards that are terraced into the hills of the Veneto.  The winery has been recently updated and handles all aspects of the winemaking process.  The view from the Patio is stunning

This rosso shows great flavors of cherry and some plum with some a little bit of Chinese five spice.  The grape blend is 40% Corvina, 40% Corvinone, and 20% Croatina.  The grapes are hand harvested and then air dried for around 60 days before pressing.  This is about as close to an Amarone as you can get, and for a fraction of the price.
Regularly $19.99    Sale $15.99

Now we get to a traditional Ripasso.  The original wine is fermented in October and then undergoes the second fermentation in February.  The grape blend is 40% Corvina, 30% Corvinone, 20% Rondinella, 10% Oseleta.  Red cherry is once again a main flavor, but you will see some darker fruit as well.  The are some spice, vanilla and chocolate flavors from the oak aging.
Regularly $26.99   Sale $21.99

Amarone’s are a special wine and here you will find out why.  The grape blend is 50% Corvina, 20% Corvinone, 20% Rondinella, and 10% Croatina.  The grapes are hand harvested and then air dried for over 4 months.  The resulting wine is heavy and full of dark berries and plum flavors.  To go along with the fruit flavors, you will notice some clove, chocolate, vanilla and pipe tobacco.
Regularly $59.99    Sale $49.99