A Tasting Tour of Italy

A Tasting Tour Of Italy – Umbria

We here at the Italian Market thought that it would be fun to create a mixed case of wine from lesser known Italian regions and grapes.

We are going to price this with a 30% discount to what you would normally pay, you will also receive a complimentary Italian Market Wine Bag.

At the bottom of the page will be a recipe to try. 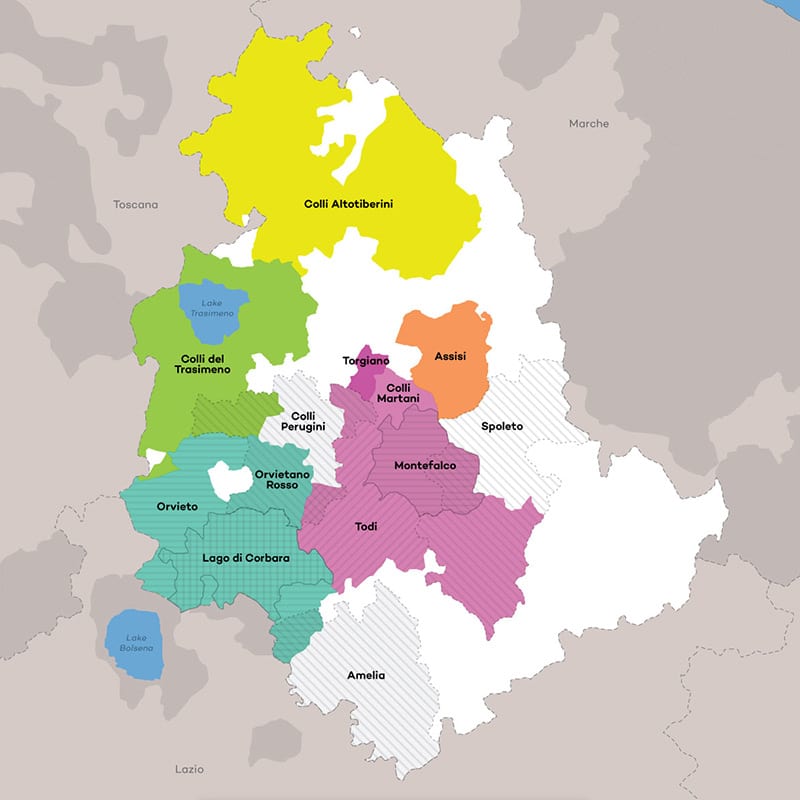 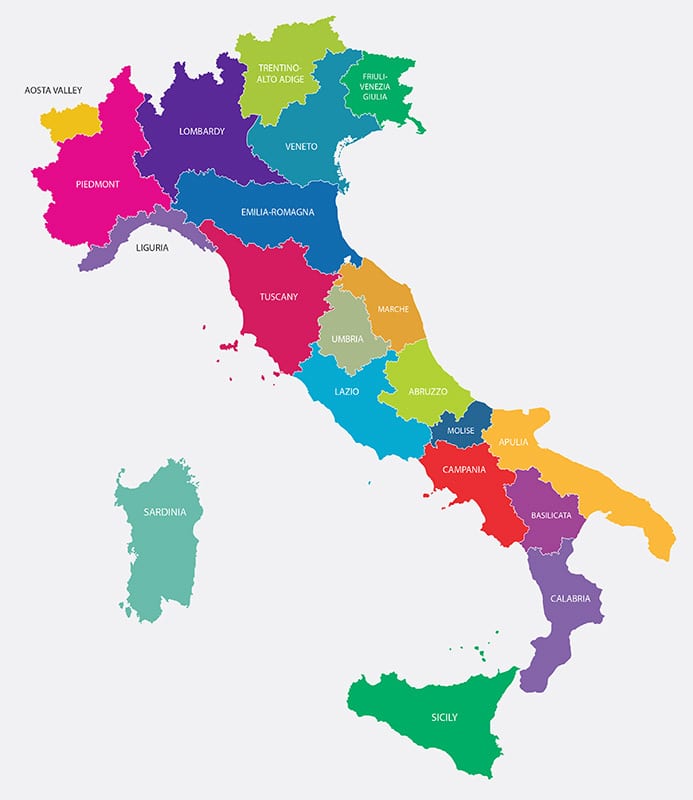 Taste Your Way Through Italy #3

Well for our third installment of “A Tasting Tour Of Italy” we have chosen to focus on Umbria. This is an interesting little area as it is the only province in Italy that borders neither an ocean nor another country. The region gets its name from the Umbri people, who were one of the original peoples of Italy and were eventually absorbed by the Romans. Perugia, which is now the capital of Umbria, was virtually destroyed during the civil war between Octavian and Mark Antony as they supported Antony. Umbria has been ruled by many factions including, the Pope, Byzantium, the Piedmontese, and even Napoleon. The region is famous for its wines and Black Truffles, which it produces 45% of the total production in Italy.

Our first wine from Umbria may be the most famous Orvieto. Orvieto is generally a blend of Grechetto, along with several other varietals and this one from Barberani is no different. It is composed of Grechetto, Malvasia, Procanico, and Verdelho. The wine if fresh and lively with green apple and tropical fruit flavors and an interesting almond undercurrent.

Up next we have an interesting red blend, Vitiano Red, consisting of Merlot, Cabernet Sauvignon and Sangiovese in equal parts. Abundant berry flavors with some ripe plum mingle with some spice notes. This is a perfect wine for pizza night.

Next is a chardonnay from Castello della Sala. This property was bought by the Antinoris in 1940 and produced its first chardonnay in 1994. Bramito del Cervo is a wonderfully balanced chard with apple and pineapple flavors balancing the toasty brioche and vanilla crème flavors.

Next up we have Antonelli’s Montefalco Rosso. The estate dates back to the 13th century and has been owned by the Antonelli’s since 1881. The Montefalco rosso is a blend of 70% Sangiovese with Sagrantino and Merlot in equal parts. The wine is soft with lots of red berry and cherry fruit atop a medium body and light tannins, it is a great introduction to the wines of Montefalco.

The big red of Umbria is Sagrantino Di Montefalco. The wine is 100% Sagrantino. All of the grapes for this wine are handpicked from the best vineyards the Antonelli family owns. Here you will have big brooding dark fruit flavors of blackberry, and plum. Also there are hints of sweet vanilla and baking spice to go along with the fruit and large body. A lovely wine to go with big robust cuts of meats and stews.

Our last wine is not from Umbria because I ran out of wines from Umbria. It hails from just a little bit south west in Lazio. It is from the DOCG of Cesanese del Piglio. Cesanese is best known for its reluctance to ripen. For those producers who can get it to ripen it makes a floral wine with bright red cherry flavors and soft tannins. The wine has a subtle hint of oak but is a very well balanced wine.   All of this can be yours for $116.99

Use any amount of the ingredients that you feel you will like, its a pizza have fun.

We will be open DAILY from 11:00 am to 8:00 pm for Carry-Out Food, Pick Up Food Window, and our Wine-Food Market.  NEW - SEE OUR DELIVERY OPTIONS

MOTHER'S DAY
What is Mother’s Day going to be like during the Apocalypse. I am not sure, but it will be better with the Italian Market Cares Mother’s Day stimulus package. We have convened a special committee of Mothers to design this package, tailor made for Mothers. The package includes all three of the appetizers listed and then a choice of one entrée. It will also include a slice of Chocolate Temptation Cake and a split of Prosecco. There will be an application fee $38.95 for the package. To apply for the Italian Market Cares Mother’s Day Stimulus Package you can call us at 410-224-1330.   MOTHER'S DAY DINNER OPTIONS